The Assin Fosu Magistrate Court, presided over by His Worship Abdul Majid Iliasu, has sentenced a 17-year-old boy to serve 36 months in Senior Correctional Center with hard labour for physically assaulting and defiling his 12-year-old biological sister at Assin Kyekyewere.

Presenting the case before the court, the prosecutor, Sergeant Matilda Osaah Buabeng, said the Survivor (name withheld) was returning from school while it was raining so the juvenile offender, who happens to be a biological brother to the survivor, asked her to find a shade in his veranda and continue her journey home after the rain.

While on the veranda, the Juvenile Offender forced her into his room and sexually assaulted her.

She said the survivor, in the process, shouted and screamed but the juvenile offender who thought the noise could attract people’s attention to the place covered her mouth and twisted her neck and thereon had sexual intercourse with her when the survivor had already lost consciousness.

She continued that,after committing the heinous act, the offender, who thought the survivor had died, threw her through the window to the back of the building and covered her with palm branches, with an intent to hide the victim from the sight of passersby.

After heavy rainfall, the survivor gained consciousness and reported the incident to her parents.

A complaint was formerly made to the police by the parents and a medical form was issued to seek medical care for the survivor, and the juvenile offender was subsequently arrested.

The prosecution said, the 17-year-old offender, who is a school dropout, in his caution statement admitted to having committed the offense.

He pleaded guilty to the offense and was convicted accordingly.

According to the court, the offender will be serving 36 months in the senior correctional center at Maamobi in Accra.

Meanwhile, the Director of Social Welfare and Community Development at Assin Fosu, Angus Amoah, who formed part of the jury panel that sat on the case in chambers, vehemently condemned the act, saying such a barbaric act must in no form or shape be entertained in society.

He said the social inquiry his outfit conducted revealed that the offender’s moral turpitudes were born out of parental neglect.

He used the opportunity to implore parents to give their wards the maximum support both in school and at home and added that the children need both parents to help shape their lives as they grow up.

He said though the survivor is currently stable medically, a clinical psychologist will be assigned to her and her family for thorough counseling since she was traumatised, and that could affect her as she grows. 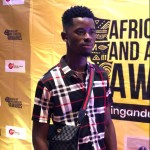 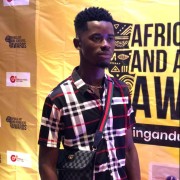